A year ago our epic road trip with the Land Rover Defender we had bought from the British Royal Air Force started. It was also the starting point for this blog as it started with a day by day documentation of that trip. We travelled to 12 countries, 11.000 km in 1,5 month. It resulted in a number of adventures, funny stories and wonderful acquaintances we squeezed into ca. 40 blog posts.

Now, a year later, we think of the time spent on the road and evaluate the trip. In this blog post, we want to share the highlights of our trip, name the potential dangers, pros and contras of travelling Eastern Europe, the Balkans, the Caucasus and Turkey by 4x4 and what it was like, to live in a Defender for 6 weeks.

Our highlights of the trip: 1. The place that impressed us the most was the village Ushguli in Upper Svaneti, Georgia: So remote, different and so beautiful. Situated high on the Caucasian Range, Ushguli is the highest village in Europe. The place is incredibly picturesque: green meadows full of flowers and the ever-white glaciers. The stone houses and towers add to the beauty of the landscapes. Koshkis - the towers dating back to the 16th century - rise among the village houses. They may have been used for protection from the enemies or for keeping food supplies – nowadays, nobody remembers for sure.

2. Malovishte village in Macedonia. The lush green hills, streams running through the village and spectacular fixer-uppers would make one´s eye rest here. But what adds to the charm of this place are the people of Malovishte – incredibly hospitable and positive.

3. Ani, Turkey. Once a capital of Armenia, Ani used to be a prosperous city on the silk road. Only temples and parts of the bridge over the river Arpacay survived the conquerors, earthquakes and about 600 years of desolation.

On choosing the car: Could you do the Europe road trip with another car? Why do you need a 4x4 vehicle? Indeed, the Balkans, Turkey and Ukraine all have roads that don't require a 4x4. Considering the fact, that you can't really drive fast with the average Defender, any other car may be a better choice. We actually used our Landy to drive 4x4 trails only several times. But then it was really epic! Our favourite 4x4 only trails are:

1. The road from Lower Svaneti to Ushguli

2. The quad bike roads in the valley of fairy chimneys in Cappadocia

However, a Defender was quite useful for picking a night shelter. In Croatia, we would take one of the steep roads into the Dalmatians from the coast, drive up on the top of the hill and enjoy a great view over the coast. In Turkey, we would drive into a river valley packed with the ancient cave monasteries or follow the quad bike roads in the fairy chimney valleys in Cappadocia. But if you don't plan to live in a Land Rover, maybe it would be a good idea to travel in a normal car and rent a 4x4 just when you need it.

Here are some of our campsites for the night:

The dangers on the road: Being a camper in the places we travelled to is actually really safe. People we met were quite friendly and helpful. It was funny that the two dangers on the road actually came from the police: In Bosnia and in Ukraine, racketeering police officers crossed our paths!

Some great surprizes we had on the trip: 1. Every evening during our Europe road trip and a trip through Turkey that summer, we took a small unpaved road and then parked at the side of the road. We were quite certain that with the sun already setting nobody would be likely to come by. Strangely, it often turned out that there was quite a bit of traffic in Turkey. The evening hours seemed to be the most active time of the day for the Turks. And then it was so quiet in the morning. The only time when our Turkish neighbours were awake before us, was in Cappadocia: We got out of the car and saw several hot-air balloons over our heads!

2. In the valley of Mktrvi River in Georgia, the lively tunes from a restaurant drew our attention – its visitors were simply making music and singing! I tried to imagine my current fellow-countrymen Germans in the shoes of the singing Georgians and quickly gave up.

3. In Bosnia and Montenegro, there are public water wells in the towns and villages. Unlimited access to potable water is a great thing in the summer heat of the Balkans!

The biggest disillusions of the trip: 1. Plitvice Lakes National park: The place is on the top of every ‘must see’ list in the Balkans, a UNESCO heritage site and so on and so forth. However, the place is just too packed during the main season! Dozens of hotels not far from the park entrance, dozens of huge tour buses, queues of cars to the huge parking lots, an endless line waiting to buy entrance tickets to the park. Our enthusiasm to see the lakes diminished in direct proportion to the herds of visitors we saw at the entrance of the park. Fortunately, the ride to Plitvice turned out to be a great experience in the end: We spotted an ad for horseback riding (Konjicki Klub Rakovica) at the gas station by the National Park and the ride in the nearby forests among the meter-long ferns was one of our best memories of the whole trip.

2. Just behind Kutaisi, Georgia, we found a wonderful meadow by the waterfall behind the town. Having picked the place to be our campsite for the night, we went out to eat. When we came back a couple of hours later, to our surprise the meadow by the stream was already occupied. To be precise there was a party going on – a couple of cars, Russian songs being played on the cars sound system, the car’s lights illuminated the improvised dance floor between them and 4 or 5 people and a little girl were dancing. We called them the dancing Russians for the sake of the music. Balti suggested we should just stay and wait for the party to be over. The kid had to go to bed and the dancing Russians have to go to work the next day and the party is hence likely to be over soon. I was rather suspicious of Balti’s logic and unfortunately, I happened to be right. My Georgian friend I later met informed me that with the current unemployment rate in Georgia Balti’s second thought should have not even been taken into consideration. The dancing Russians partied all night long!

3. Getting our Landy on a ferry from Georgia to Ukraine was a tough task: A Georgian beurocracy, days-long delays and Byzantine border control in Ukraine made it more complicated than we thought.

The best and the worst roads and the roughest drivers: The worst roads were in Ukraine - by quite some margin. Expectedly, the good roads were in Austria and in South Tirol, however, we didn´t expect Turkey to have such good roads: The roads between tiny villages often had two lanes. The roughest drivers we encountered were from Bosnia and Albania :)

On a nomadic life in the car: Was a fantastic experience. Summer in the region we were travelling is hot, so there was no difficulty finding a body of water to take a daily bath.

Sleeping in the car was comfy: Balti had built a raised bed in the back. For Balti, it was just too hot to sleep in the heated up Landy: Once in Georgia, he even had the idea to hug a 10-L water bottle filled with cold water from the stream while sleeping.

Most people we met on our Caucasus, Turkey and South East Europe road trip, were helpful and friendly: they showed us places to refill our water and Macedonians invited us for a welcome drink of Slivovic, once we crossed a Macedonian border. Once, a friendly former hippie from Germany we met in Croatia invited us to shower in his place. Himself, he used to travel a lot with his caravan, he said. It felt like all people are brethren, willing to do something nice for their neighbour and travel around this beautiful world at some point in their lives.

Books that inspired us:

1. Hit the Road: Vans, Nomads and Roadside Adventures. Great road trip itineraries, camper van designs, packing lists and much more! 2. The Camper Van Cookbook: Life on 4 wheels, Cooking on 2 rings. Delicious recipes to cook on the road and inspiring stories... 3. Camper Coloring Book for kids and adults. ;) We love hippie buses and had a great time designing our future hippie bus. :) It also turned out to be an awesome gift idea! 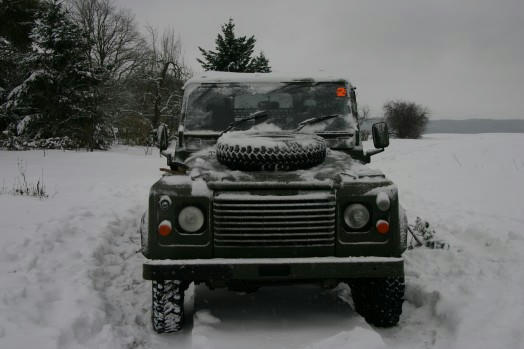 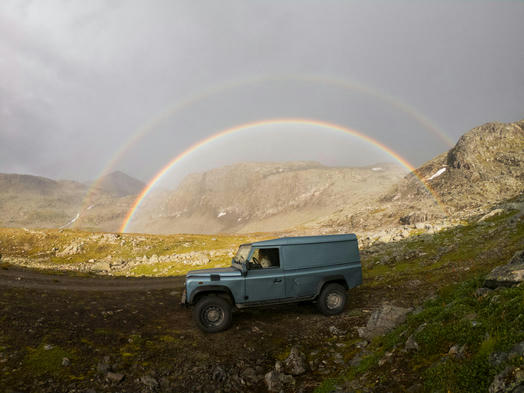