Driving toward the border we were pulled over by the Ukrainian traffic police. The officers wanted us to bribe them.

While pulling over to the side of the road we hadn't used the indicators and they said that would be a 60 EUR fine. We protested and they noticed that our Land Rover had no rear bumper (They showed us the plastic bumper on their patrol car and pointed out the lack of such an important safety feature on our Defender). This would be another 60 EUR fine. Replying that there is, in fact, a fully functioning bumper, albeit not made of plastic, they dug deeper and noticed our insurance was fake (Apparently a car insurance is only valid for 1 year in Ukraine and mine said 2027 so it was obviously forged). You guessed it, this was another 60 EUR - for a total of 180 EUR.

As a refrain, they kept on saying they were going to put Gnu (our Land Rover) in some database so we wouldn't be able to leave the country before paying the fine or going to court to prove them wrong. We were certainly close to the border and they must have figured we were trying to leave - they made it clear that going to the court would take at least 5 days.

My speech on the importance of being fair and treating your neighbour the way you want to be treated yourself didn´t have any effect. We felt like we were captured by the orcs, insensible to human logic and feelings. As the amount of money was steadily increasing, I realised it was time to change tactics. I claimed we don't have money with us except for an equivalent of 7 EUR and are generally short on money. Our shoes with holes in them should prove us true.

"But what about the car" - inquired one of the police-orcs. You must have had enough to buy that car. "We found it in the trash, took it apart and put it back together again", I said, suggesting that Balti shows the police his pictures of Gnu being taken apart. "But you are from Germany", disbelief rang in the voice of one of the orcs, "Don't try to tell me the wages are not high there" "Maybe in Bavaria" I sighed, "in Berlin 400 Euro a month is the highest one may get. Apart from that we are still students, so we barely get even 400" I said and we showed him our student IDs. Nothing could have repulsed the policemen more. "You are over 30 and you are still students" one orc cried and looked at the other. "When I was 25 I already fed my family! If I were 30 and I was still studying I would have died of shame" he lectured us.

It looked like we succeeded in creating an image of students with no funds. In the end, the whole ordeal cost us just 7 EUR and left us with a bad feeling of impotence against the system and the shame of paying our first bribery in Ukraine. The second one in my life – strangely the first one went to a Bosnian road policemen on this very same trip. Also close to the border he stopped us at least for a reason and asked for 200 EUR. I immediately lowered the price by half saying we have only 100 EUR and not in local currency. When he readily agreed I understood we could have bargained way more. The fact that the money was designated for a Bosnia policeman's household was reassured by his talk of a "tribunal" - if he had issued us an official fine, we would have gone through a "tribunal" (I thought of Nurnberg for some reason), have lost our driving license and could never drive in Bosnia again. That would have been the end of our road trip. But just by his mercy, our crime was not documented in any normative documents in Bosnia. Did anybody else have the experience of bargaining with the Bosnian police?

PS: And as a travel tip: I guess, in this situation, pointing out to the traffic police their immoral way of conducting their work and proving you are innocent is senseless. You have to decide whether you stay faithful to your principles or not - if you do, be ready to face certain inconveniences such as lots of delays, visiting the police office or going to the court. Or always have but a small amount of money in your wallet, so that you can show it to the traffic police and claim you don't have any more than that.

The next and the last post of this series: Ukraine -> Slovakia -> Poland -> Berlin

In this post, we reveal the best place to cross the Ukrainian border at Malyi Bereznyi, speak of our travel arrangements in Slovakia and Poland and close the Chapter of our Berlin to Georgia trip.

In this chapter, we try to do some off-roading in a land made of off-road roads and it turns out to be harder than one may think! On the other hand, our path crossed with that of a bear's. 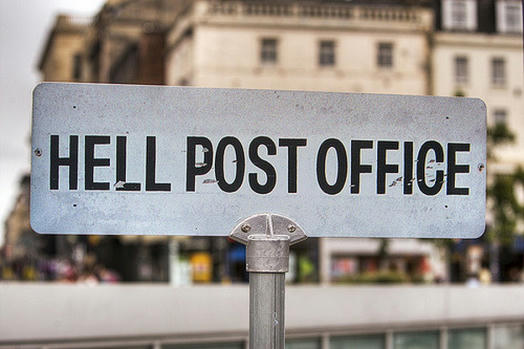 If you really want to go off the beaten touristic path while travelling you should visit a post office and try sending parcels from abroad. Here are our highlights: Bolivia, Ethiopia and Russia.