Horses and travelling are the two biggest passions of my life. What happens if you put both of them together? The answer is: the best time ever. A horseback riding trip from the Drakensberg National Park in South Africa to the mountain Kingdom of Lesotho is a good example.

We arrived at Khotso Horse Lodge & Trails late in the evening. A pouring rain drenched us on the short walk from the parking lot to the reception. Starting from the morning, a strong thunderstorm was raging in the Drakensberg Mountains in the East part of South Africa. Having already explored the scenic trails of the northern Drakensberg on horseback and on foot, we put this mountain range on our list of our top places for hiking and trekking.

In the southern Drakensberg, we originally planned to spend just a couple of days, no more. However, things turned out different. A pair of backpackers we encountered in Khotso suggested that we should join them on a multiday trail to Lesotho.

The trip would only take place with at least 4 riders – and, naturally, they wanted us to get on board to make it happen. However, I had some significant objections to this plan. I had to have a valid visa to enter Lesotho – the other guys had EU passports and didn't need any. The process of visa application for Lesotho is so complicated and time consuming that I decided to skip Lesotho on our African trip while making initial travel plans.

This reason turned out to be of least importance to the Khotso manager. He was more concerned about the rain than of visa regulations. He said the border between Lesotho and South Africa was nothing but a humble hut and the border control guys had no more than a stamping machine to stamp the passports of the rare travellers crossing the border. They would have no idea what nationalities need or need not have a visa. In case the border control officer would have any doubt, he himself would claim that I didn't need a visa – his word has a significance in this part of South Africa. And last but not least: 30$ open every border in Africa, he said. With no other objections from our side, we signed up for the Lesotho trip. We decided to part in two days.

The next day, the necessary travel arrangements had to be made. We spent that day by Garden Castle Campsite, close to Khotso Lodge. The fairy-tale-like valley was one of the most beautiful places we've been to in South Africa by then, and still, we were alone there. Some horses were grazing peacefully in the valley. They approached us while we were chilling in knee-deep grass with some of South Africas best wine.

The next day, a Land Cruiser brought the four of us to Bushmans Nek. The Land Cruiser towed the trailer with our horses. Or, better say, our ponies – the breed is called Basuto ponies. Slightly smaller than normal horses, they can cope easily with mountainous terrain, jumping from one stone to the next like mountain goats.

On the picture above, you may see the saddles we got: Australian saddles, apparently, they are used here a lot. The saddles were comfortable for a long trail ride and good for beginners – it is harder to fall out of an Aussie saddle than from an English one.

Saddlebags made of leather were attached to saddles. We stored all our belongings for three days and food supplies. On our multiple-day trail ride in Ethiopia, we had an extra pack horse to carry our stuff.

And here we are – on the trail! The first obstacle we had overcome in its very beginning was a shallow river – one of the many we would cross on our way. The leader horse was new to the trail and frightened by the stream, it set down on her hind feet in the water - a promising beginning for our trail riding adventure! But the rest of the group crossed safely.

I was more worried about crossing the border than of any river crossing – but it went just as fine as it might go. My passport got stamped without any questions. Next, we were trotting and galloping across the green slopes of the Drakensberg in the Kingdom of Lesotho.

Summer may be the perfect time for this trail ride. The wonderful hilly scenery with green grass and green swamplands is made for the camera. The weather is pleasant – we had about 20 degrees Celsius (70 in Fahrenheit) during the daytime and about 5 (40) at night. There is a high chance of rain as it is often the case in the mountains, but we had 3 days of sheer sunshine during our entire trip!

For the night (and the following night as well), we stayed in a simple bungalow located by a canyon. From there, we had magnificent views over rock formations and a river at the canyon's bottom. Chilling on its edge, I missed a book to read more than anything.

While some of us could barely move after the first day in the saddle, Steve - the owner of Khotso and our guide on this trip - engaged the rest of us to go trail running. A professional ultramarathon runner himself, he jogged over snowy Alaska in winter and along the South African coast.

Here are some more impressions from Lesotho:

On the second day, we toured Lesotho, visiting a cave with the primitive art and spent the rest of the day by a river. At some point, we met a couple of missioners walking through the green hills. On the third day, we spent some hours by a waterfall.

We were only visitors of this cave - hardly possible to imagine if you think of Altamira in Spain or Lascaux in France.

The following days, the beginners in our group sat in the saddle more confidently and we spent more time trotting and galloping over the valleys and swamplands. We found out, that Steve didn't mind Balti and I overtaking the group or leaving the group to check what was on the left side of the trail or on its right side….

Once, being in the front of the group, I missed the correct path, crossed a stream and sometime later, found myself riding in a different direction from the rest of our group on the 'wrong' bank of the stream. Joining the group turned out to be harder than I thought: The stream turned out to be deeper and a current stronger than in the place I first crossed it. My horse resigned on all the attempts of getting to the other side of the river. The horse got pretty nervous, so did I and even Balti who was watching me from the distance. The only person who stayed calm was Steve. Balti told me later, he happened to mention "She will soon find her way" or something similar and lead his group further. I've heard that Zimbabwe-natives couldn't be impressed by any stressful situation. Zimbabwe-born Steve Black proved this assumption to be true.

Sometimes, we had to walk our horses – like descending from a steep slope that mainly consisted of giant boulders. When I climbed one boulder down, I stayed still and turned back to check what my horse was doing. Exactly at that moment, it was jumping down from the boulder above and pushed me with its head while jumping. I could barely keep my balance not to roll down the hill. But that was the only dangerous situation in my memory.

Apart from that, I once again got nervous at the border crossing. On our way back, we managed to cross it even without getting off our horses.

We were approaching the end of our trip, dirty, wet from the river crossings and incredibly happy. There is a poster at the Khotso Lodge with a quote "Don't ever regret spending money on a life-changing experience" – and we never did. The memory of a Lesotho trail ride is akin to the magic phial Frodo got from the Elf-Queen Galadriel :) – it shines lightning-bright and gives strength when dark times lie ahead of us.

Disclaimer: some of the pictures were made by our companions on this trip.

My trail ride in the Ethiopian Bale Mountains was a lifetime experience in the deepest sense of these words. Even though I’m always trying to get off the beaten path, I have never thought it was possible to get that far off it.

Having decided for ourselves once and for all that the best way of exploring the countryside is on horseback, we appointed ourselves for a horseback trip from San Cristobal to the indigenous village of Chamula. 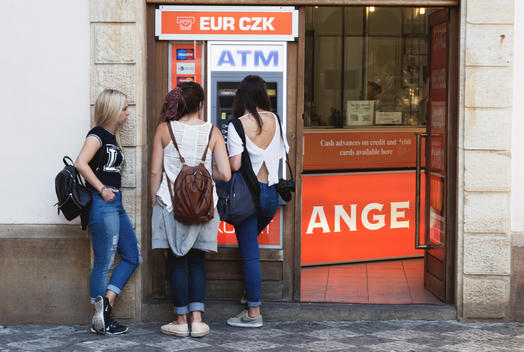 The Best International Prepaid Visa Card We Ever Owned

We have finally found it, the best international prepaid visa card!

What we love about it: 12% interest on your account balance paid weekly, up to 5% cashback, no fees (within some limits), super easy to acquire, instant loans and it gets still better...